Latest news about Stewart Bint and his books 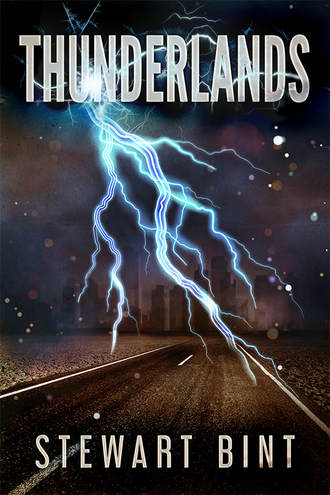 Stewart Bint's 2015 novel, In Shadows Waiting (republished in 2016 by Dragon Moon Press), is included in the prestigious CQ International Magazine's 2018 list of "Must Read Books."

Details are on pages 66 / 67, but do check out all the great books recommended.

For the last five years Stewart Bint has written his Up Close And Personal column in The Flyer Magazine -- even publishing two compilation e-books of them.

Now, however, the column has a new home. From October, Up Close and Personal will be appearing in The Big Red Magazine.

Interview With A Hamster

Hold the front page! Novelist Stewart Bint has just been interviewed by a hamster. Yes, that's right, a hamster.

Hamster McKenzie is making quite a name for himself as a blogging hamster from Bristol. So Stewart Bint was highly honoured when Hammy asked him if he'd agree to an interview.

Read what is probably the most extraordinary interview Stewart Bint has ever given, right here.

And this is a link to Hammy's home page.

Originally appearing in Stewart Bint's Thunderlands short story collection, and subsequently published in an anthology by Plaisted Publishing House Ltd., of New Zealand, Stewart Bint's highly acclaimed short story The Twitter Bully has now been republished as a stand-alone edition, with all proceeds going to the UK Sepsis Trust.
"Thanking me for my delivery efforts, Sepsis Trust CEO Dr Ron Daniels BEM said: “We need an army of folk like you.”

"So, please email info@sepsistrust.org and ask for some leaflets and cards. Or look at all the fund-raising and volunteering opportunities on their website: www.sepsistrust.org.

The Jigsaw And The Fan is officially launched

Stewart Bint's latest novel, The Jigsaw And The Fan, was officially launched on October 15th.

Available as a paperback and for all r-readers, it tells the satirical story of a dead trades unionist who can't get into Heaven or Hell because of a strike in the afterlife.

Described by critics as "A freshly original and entertaining social satire," and "Sharp and well-paced wit keeps the reader entertained from the beginning to end...a well-intentioned but short-sighted adventure, the book is published by Dragon Moon Press, based in the city of Red Deer, Alberta, in Canada.

Stewart Bint says: "The Jigsaw And The Fan was inspired by memories of reading the news on radio, and hosting current affairs and 'phone-in shows during the bitter miners' strike of 1984/85."

The Jigsaw And The Fan  - how much trouble can one disgruntled ghost really make?

Albert Carter has died, and finds himself in the spirit world to get sorted out at St Christopher's gates. Having been a successful shop steward picketing the management of Jebson's Glue Factory on behalf of his colleagues, he feels confident his final destination is Heaven, with the rest of the decent, honest working class.

However, on arrival at St. Christopher's Doomsday Ministry, an inspectors' strike causes all spirits in transit to be temporarily relocated to Earth until the dispute can be settled. Albert''s assignment is his worst nightmare: a wealthy Lord's manor which operates on the hard-earned wages of his own class. He immediately sets out to ruin the capitalist family, and begins his unlawful haunting as the Ghost of Marlston Manor.

Ssshhh.....keep this to yourself until
​October 15th

But as the global launch party isn't until Saturday October 15, keep that news to yourself until then! We'd like to invite you all to the party -- it's being held on Facebook between 2 pm and 6 pm UK time. To join in the fun, simply click here:  https://www.facebook.com/events/194820484286819/ and you'll be magically transported  there.

Now then....to be in with a chance of winning a signed copy of the paperback you need to join the party and answer the question that Stewart will be posting on the Event page between 2 and 2.30 pm (UK time -- don't forget that all times are UK BST)  based on the photos shown below.

Double Nomination For In Shadows Waiting

After a year of being with Booktrope, Stewart Bint has a new publisher, as of June 1st, 2016.

Dragon Moon Press was founded by owner Gwen Gades in 1993.

Bint says: "I am honoured, proud and thrilled to have been signed by DMP, as they are a perfect fit for my books. Following the demise of Booktrope, DMP have the rights to my exiting novels Timeshaft and In Shadows Waiting, and I am working with them on a new edition of The Jigsaw And The Fan.

"I am also hoping they will publish the novel I am currently working on for 2017, To Rise Again, along with a collection of short stories."

Timeshaft is here -- paperback and e-format

Great Video For The #Awethors

Stewart Bint is proud to be part of the great #Awethors group -- authors from around the world. Here's their latest video:
https://www.youtube.com/watch?v=ykpDIsTDbIk&feature=youtu.be

With the Booktrope edition of In Shadows Waiting due to be released in the next few weeks, Stewart Bint is proud to reveal the fantastic new cover.